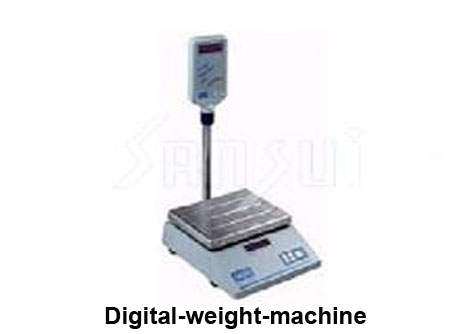 Weighing is a part of many applications, personal and commercial. Weighing with balance scales was tedious and time-consuming. Weights had to be lifted and placed on balances and loads had to be matched accordingly. This was difficult and many times required labor. Besides, precision was also not up to the mark as there was a possibility for a margin of error. Balances were also difficult to store, move and operate. Digital weighing scales were a striking innovation in the field of measurement. Such a scale is the most accurate and precise analog front-end instrument that uses sensors to measure the load of an object. These scales are used in varied areas.

Digital weighing scales work by using a strain gauge load cell. Analog scales use springs to indicate the weight of an object but digital scales convert the force of a weight to an electric signal. A load cell is also known as a force transducer. Such a scale measures the weight of even a pen-cap as 0.98 grams. Precision and accuracy are therefore highly guaranteed.

Besides, most of these scales are light-weight, handy and easy to use. They are available in various types and models. Digital weighing scales are used to measure the lightest of weights like jewellery items to heavy-duty industrial weights. Counter tops retail scales, baby-weighing scales, crane scales, milk weighers, gym scales, personal scales, pole and bench scales are various types of scales available to different types of weighing requirements. These scales have a clear LED display that makes a recording of weight very easy. The mechanism is so fast that weight is recorded within seconds. These scales can be internally or externally calibrated. Digital weighing scales have revolutionized weighing applications to a large extent.